But where can man find the truth? If he seeks deep enough in himself he will find it revealed, each man may know his own heart. —Franz Hartmann

Franz Hartmann deals with the highest possible effort that man is capable of pursuing. His is not crude, manipulative, or lower-dimensional magic—even though he allowed the title to hint that black magical formulae might be incorporated in this work. Franz Hartmann was manifestly a man of very high moral nature, more spiritual and more educative along spiritual lines than most of all Christian teachers. We might presume that the title was chosen to encourage the first openings of the book, but the immortality of the work was a direct result of word-of-mouth references as to its great value.

Franz Hartmann deals with the highest possible effort that man is capable of pursuing.

Today we are going through a strange metamorphosis. We are experiencing an inversion and confusion of human attitudes. Materialism has started to become ethereal, with science no longer expressed by hard numbers and symbols with exact meanings. The Tao of Physics points the way for this direction, wherein the essence of matter may be force, and the force someday may be discovered as Mind.

On the other hand, with regard to subjective matters like religion, the public has gone the other way. The masses that have ever been the bulwark of subjective, spiritual speculation are now drifting toward the abolition of the spiritual quest. God has been summoned to the witness stand and did not appear. Mind, the only faculty which is indispensable in spiritual realization, has been denied existence by behavioral psychologists. Even though immorality is directly tied to insidious diseases, there is an attempt to cure those diseases with chemicals (and thus chemically abolish guilt and immorality for all time), and with word-inversions so that we will no longer think about certain diseases as being negative. So that the word "syndrome" is the replacement for terminal affliction in some cases.

Franz Hartman was timely and valuable in the pre-inversion era a hundred years ago when Europe was suffering from powerfully invested, spiritual nebulosity. And once more, he is timely, for his formulae will prevent the terminal "syndromes," with a process that begins with symptoms of "peace of mind" and contains the potential for maximum realization of such abolished items as mind, Mind, and The Absolute Dimension. 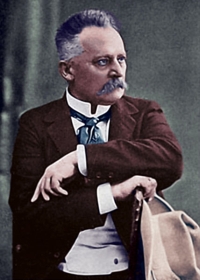 His book is one of the greatest of all time, in comparison to those which might deal with the wisdom of man, psychology, science, or social relationships. He finds all wisdom within the self, and this wisdom can be attained by not allowing the lower self to prevent the greater Self from experiencing and becoming. He notes that intellectuality drifts into lower-self (mundane and somatic) selfishness unless it is always pointed toward Self-definition with the help of our own internal energy.

Magic, White and Black is of no value to those who are interested in power or possessions. But its lucid formula will change your life to something of conscious direction, and to an experience of beauty... the beauty that lies only in the depths of the Self.