Pathways Through To Space:
A Personal Record of Transformation in Consciousness
by Franklin Merrell-Wolff

Only in the Silence can the SELF be known as It is, and this is not "knowing" in the subject-object sense. —Franklin Merrell-Wolff

This book, subtitled, "A Personal Record of Transformation in Consciousness," is the story of a contemporary western philosopher who achieved the enlightened state of Absolute awareness at the age of 49 (without the aid of a physical guru). The major influences on Merrell-Wolff were the writings of Shankara, the 8th century A.D. founder of the Advaita Vedantin school of Indian philosophy, which has been characterized by many as the pinnacle of Hindu philosophical thought. To complement the eastern influence of the latter, he also employed Immanual Kant's philosophical critiques as a vehicle to lead up to the point where a "third organ of cognition" became a real possibility.

...the story of a contemporary western philosopher who achieved the enlightened state of Absolute awareness...

This journal reflects the maturing into real consciousness of a truly unique, western jnani-yogi. Although his efforts at spiritual poetics lack balance and precision of style, their genuineness overshadows all limitations. Combining razor-sharp intellectual discernment with a heightened sense of intuition, Merrell-Wolff demonstrates the highest possibilities of the direct enquiry school of spiritual discipline. If reincarnation is to be believed, then his connection with the Shankara-inspired school of Indian philosophy is a foregone conclusion. Also his insights into the esoteric Buddhist doctrines of Shunyata and the Dharmakaya (i.e., the Void) exceed anything ever written by a western philosopher-practitioner.

Constant struggle to reconcile "Transcendent Being" with the physical universe obsessed the author as he attempted to convey his realization that the real "Self or pure Apperceptive consciousness" sustains the whole universe (the latter being but an outward projection of the mind). According to Merrell-Wolff, there is but one 'I' or subject»the pure Subject or the Self; this idea represents the core theme of the book.

Having spent a life in semi-solitude during his years of maturing, Merrell-Wolff saw the necessity of grouping all his energy and reducing exterior distractions to a minimum, as prerequisites to being able to dive into the deepest levels of direct enquiry. His struggle to evolve the "current" of spiritual force that began to manifest in him as his insight deepened is one of the most practical and engrossing tales that I have ever read. His intellect soars, but unlike many philosophers, his intuition is never left behind. He declares psychic war on the forces of illusion, and makes the vow to become a realized One in this life. His hunger and emergent warrior mentality is movingly displayed in this excerpt from his poem entitled, "Sangsara":

Thee, I challenge to mortal combat,
To a war that knows no quarter,
Thou vampire, draining the life of this Great Orphan.
In that battle may there be no truce,
No end, until the Day of Victory Absolute.
Thou reduced shalt be, to a dream utterly forgotten.
Then man, once more Free, Shall, journey to his Destiny.

Of all the western philosophers who have striven to integrate Hindu or Buddhist philosophical attitudes into their style of inner work, Merrell-Wolff and Paul Brunton seem to stand out as exceptional examples of the dynamic possibilities that exist for one willing to combine the best of the higher eastern methods of esotericism with the demanding intellectual discernment characteristic of many western philosophical schools (of which Kant is lauded by the author as being a standout). The reflective discussions and mystical compositions of the writer reflect the ongoing struggle to resist the hypnotic effect of the relative world (which Merrell-Wolff refers to as the field of subject-object consciousness).

With the idea of false predication the author centers on the notion of the world, the body, and the out-going or externalized mind as being a projected and illusory dream. Those acquainted with Paul Brunton's elaborately detailed analysis of the doctrine of mentalism, in The Hidden Teaching Beyond Yoga, will find strong similarities of approach to Merrell-Wolff's ideas and to what has classically been expounded by Advaita Vedantin non-dualism. The roots of the latter Indian philosophical tradition seem to have been transplanted, in fact, onto occidental soil through the efforts of these mystical-philosophers. The lineage can be clearly traced from Shankara (8th century A.D.) down through the ages to Ramana Maharshi (20th century), to Brunton, and independently through Merrell-Wolff. 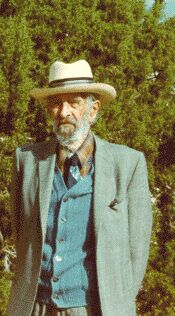 The author had sound academic training as a mathematician and philosopher, which lent to the development of an adroit discernment faculty. This acquired excellence in the philosophy of logic provided him with a discriminative tool which later proved to be of major importance in his efforts to communicate with those still bound to, but anxious to transcend, the realm of ignorance and make believe. This power of real discriminative wisdom (referred to as prajna in Buddhist schools, and as jnani in Indian philosophy) was exemplified by "rigorously distinguishing between the Self and not-Self" in a meditative process designed to allow for "careful differentiation between the properties true of the object of consciousness and the qualities true of the Subject." The approach of the Jnana-yoga school of Indian philosophy has always been fundamentally psychological rather than religious (of the head rather than the heart); and Wolff's adaptations lend an intriguing interpretation that could prove invaluable to modern students of esoteric systems who find catalytic meaning in such direct enquiry methods.